Stated another way, the GADDAG is really just a DAWG that contains every dictionary word at every possible entry point into that word. The $ is a special indicator that means "flip sides and direction" while matching on the board. 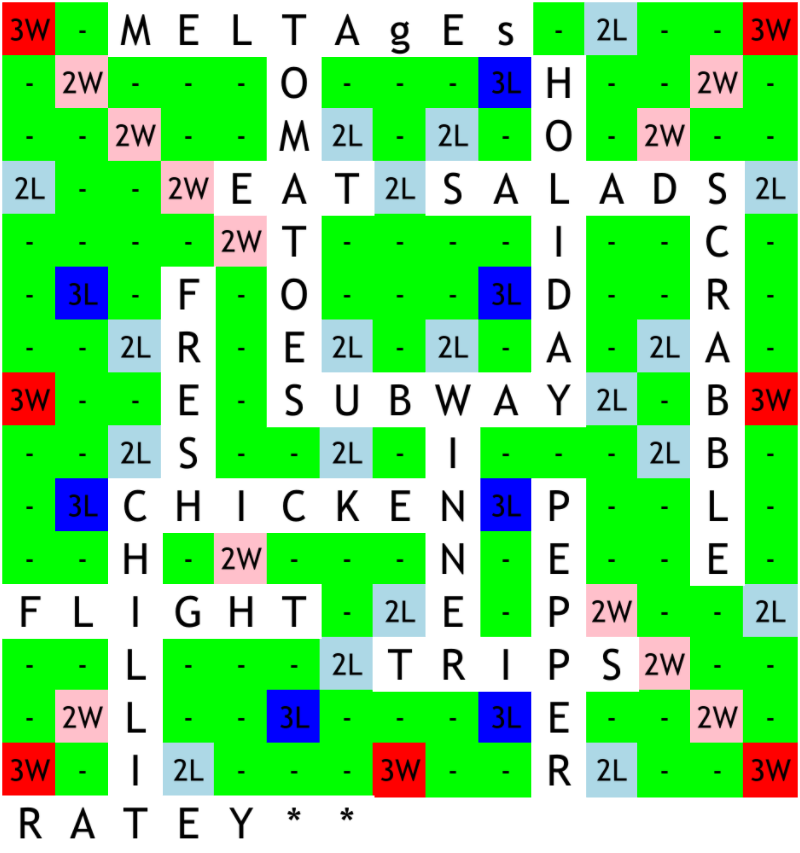 I enhanced the legibility of the board/tiles, rack and score. The candidates are scored and sorted by score. The active candidate word is shown in red: 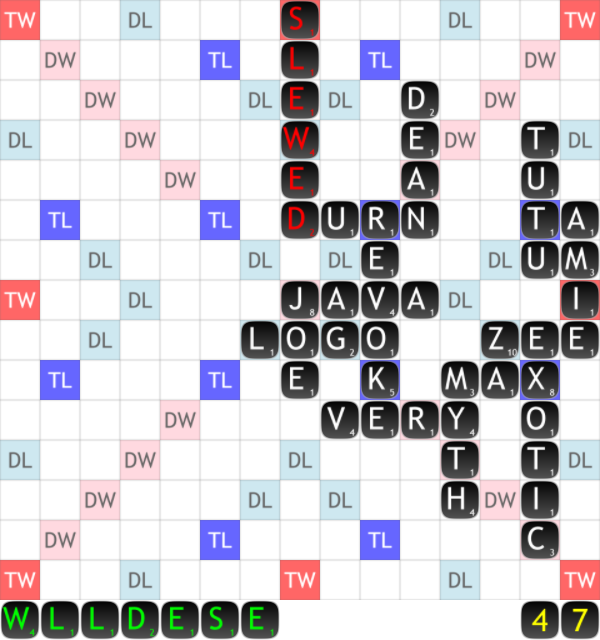 I implemented a special screen that shows how many of each tile are still available: 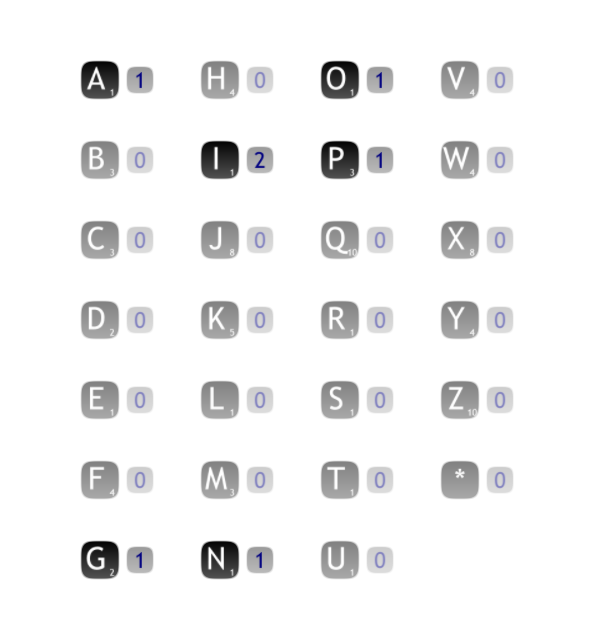 Arbitrary tile modifiers are supported. I also implemented GADDAG traversal visualization (notice the blue, yellow and green arrows). The second screenshot contains some nonsense words on the board in order to test the algorithm. 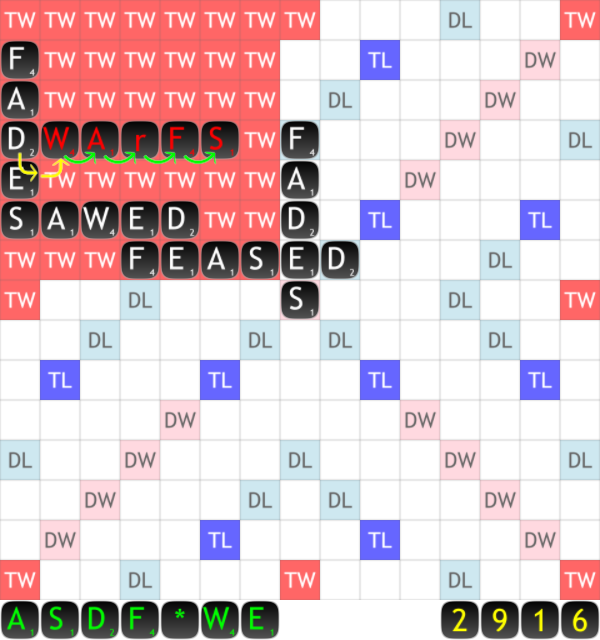 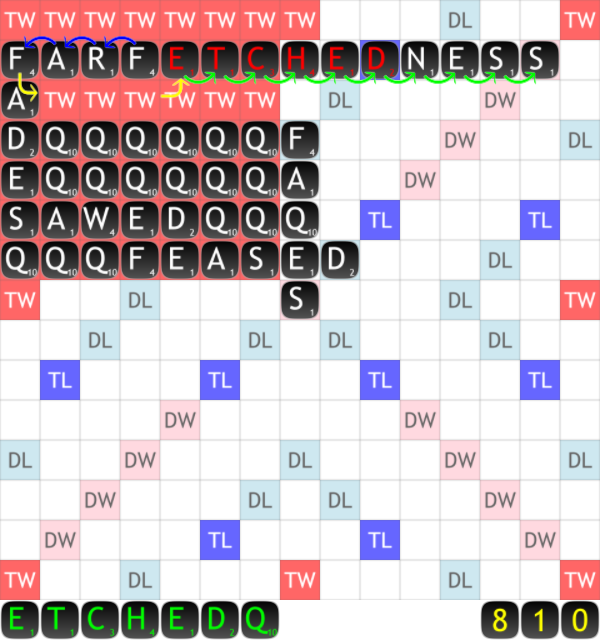 Wildcard tiles are also supported and are visualized as lowercase letters when placed on the board. Note that special care must be taken while traversing and scoring candidates to take incidental words into account (e.g., "ow" and "so" in the first screenshot and "ag", "er" and "aa" in the second screenshot). 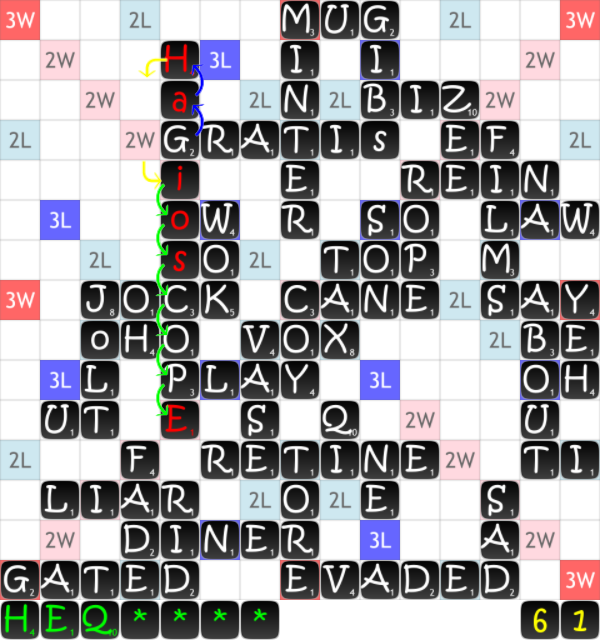 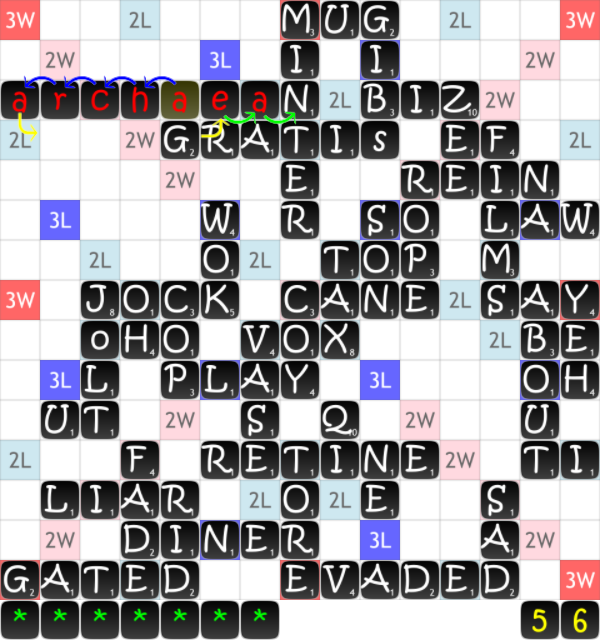 I made the tiles 3D and implemented new shading. The candidate solution is shown in blue, and any newly formed incidental words are shown in green: 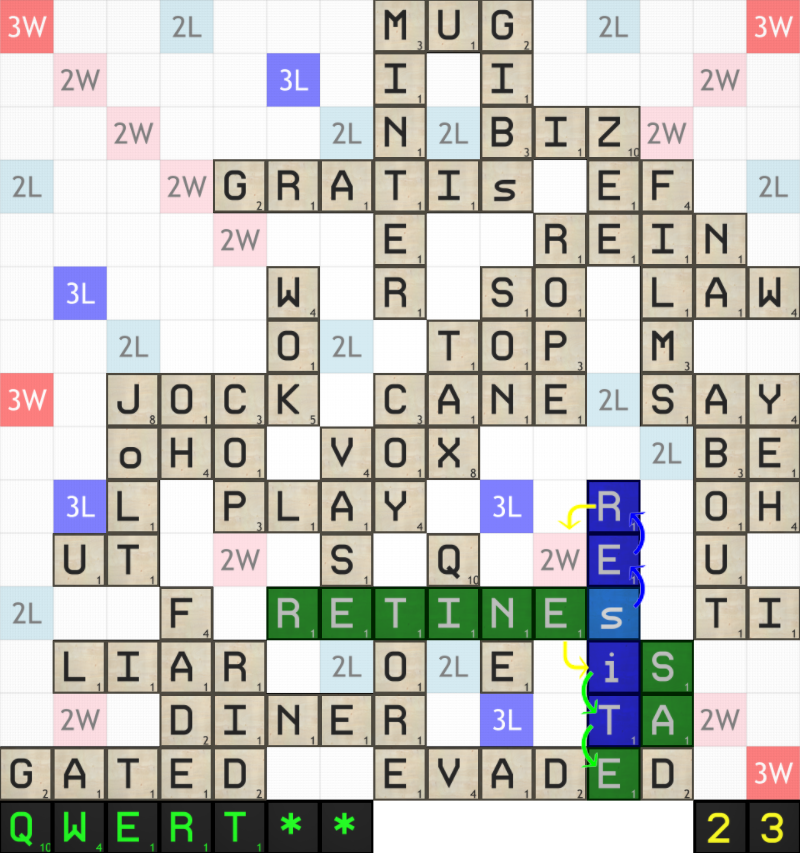 I implemented bump mapping to make the tiles pop and adjusted the lighting and field of view: 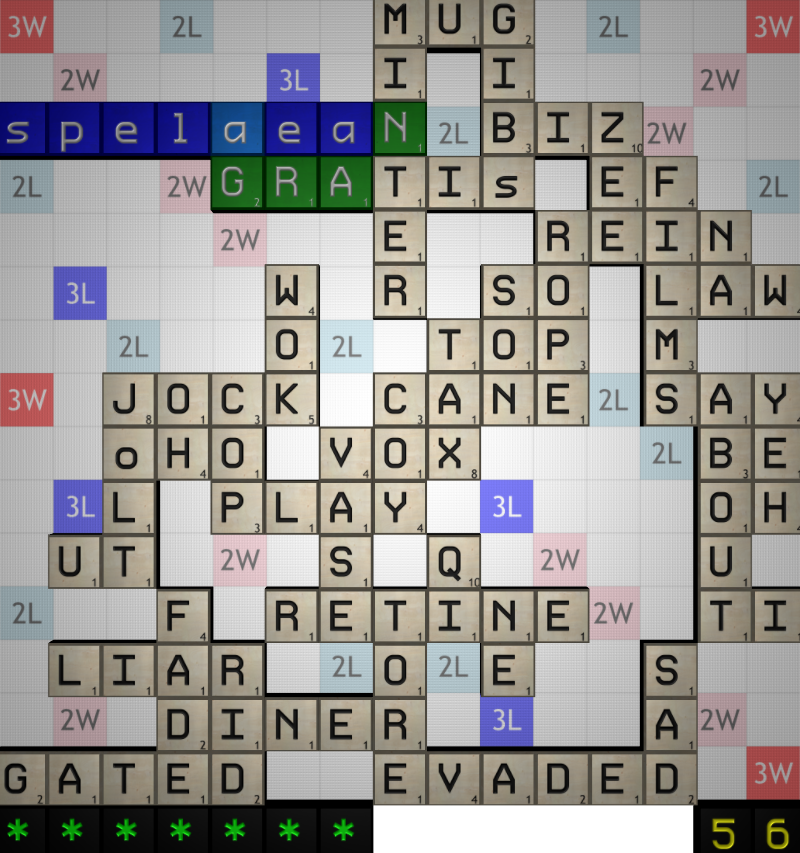 The font can be changed easily. I changed wildcard tiles to be visualized with asterisks instead. 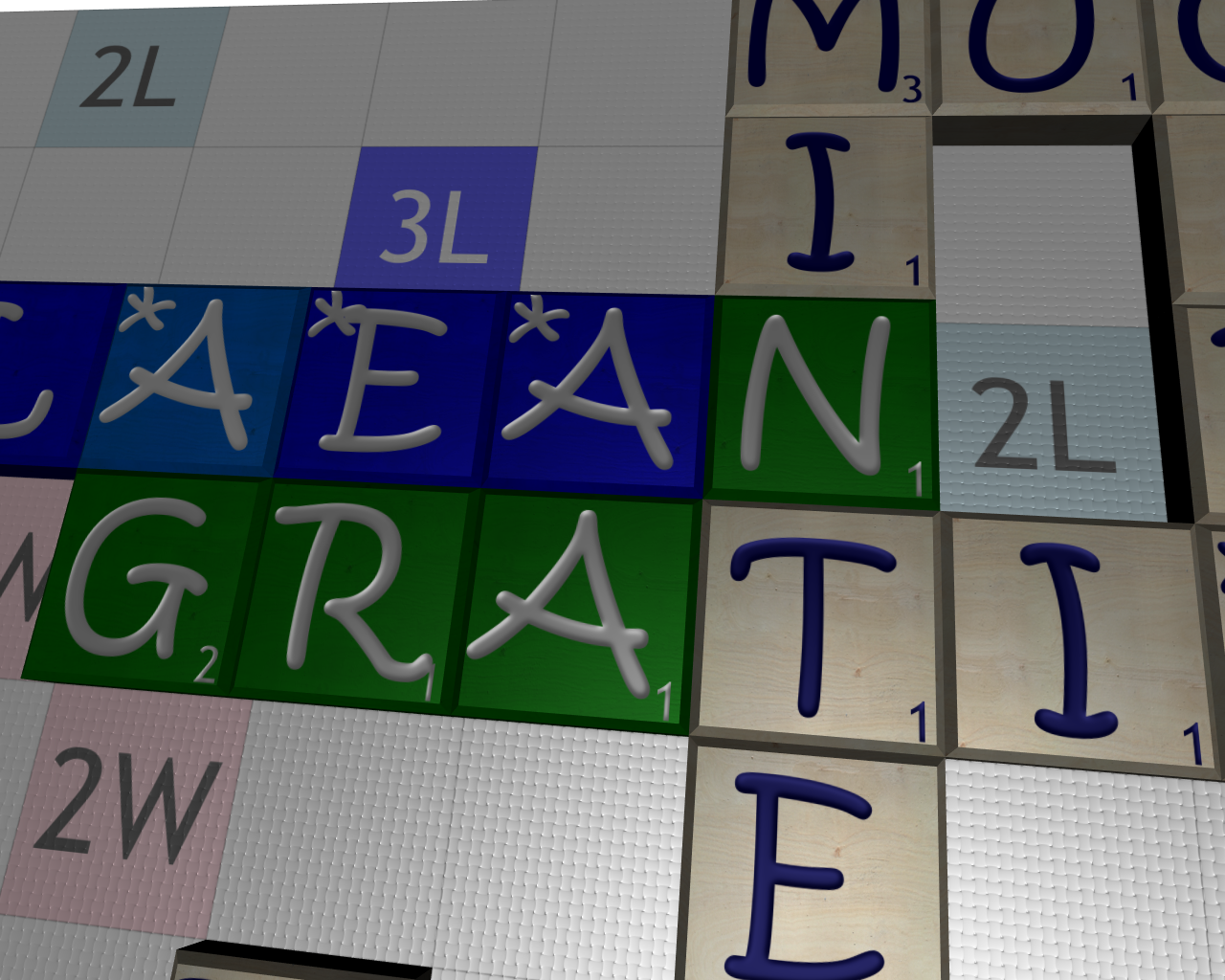 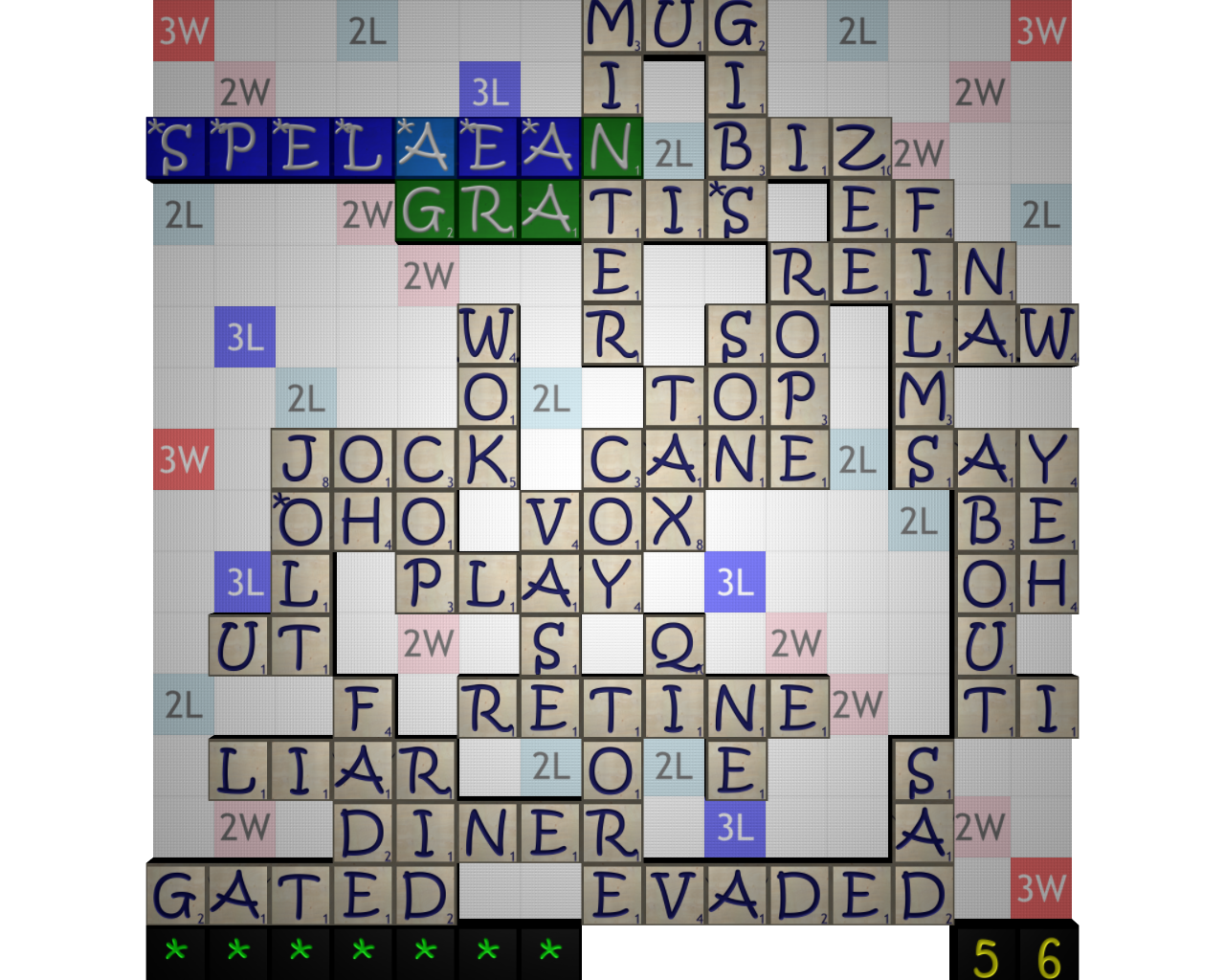 Here is a video demonstrating the ability to easily cycle through the candidate solutions: