I started simple. I had already implemented the actual solitaire engine and just wanted to get some cards to render to the framebuffer, while handling mouse events. As can be seen in the screenshot, I started out with immediate mode. 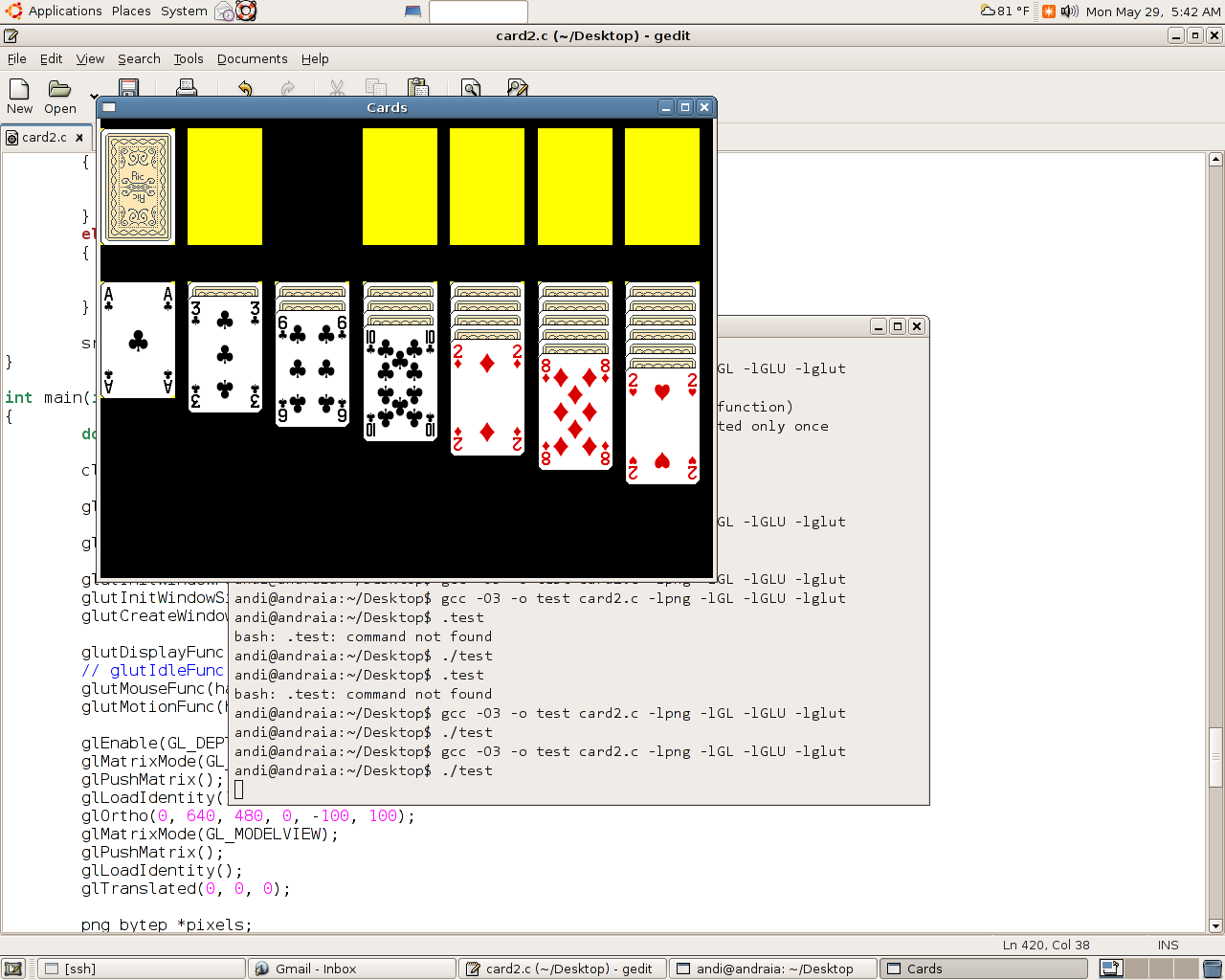 To add a bit of realism, I threw in some random per-card rotation to reflect the fact that life isn't perfect. 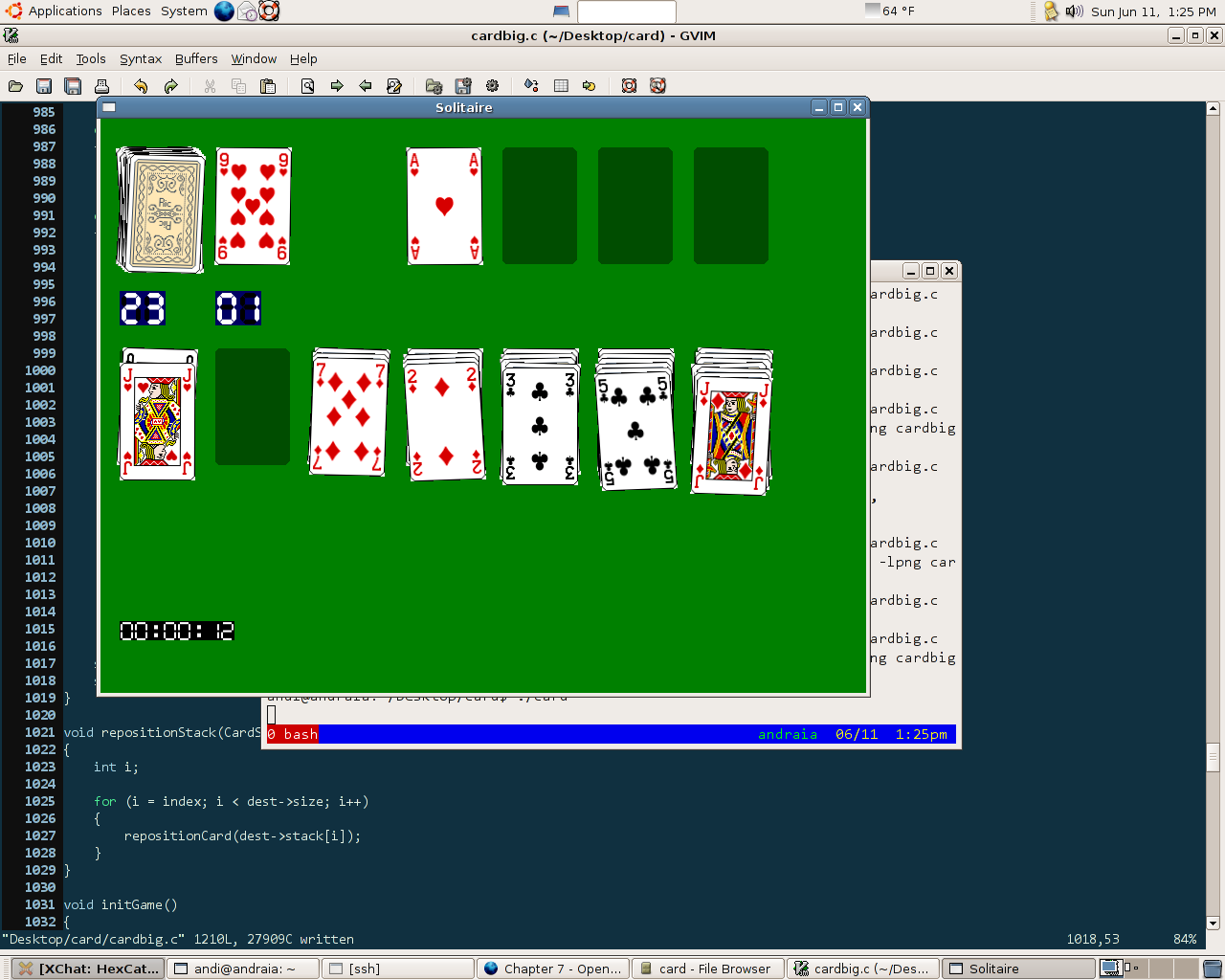 This didn't feel 3D enough for me, so I experimented with some different perspective transformations next. 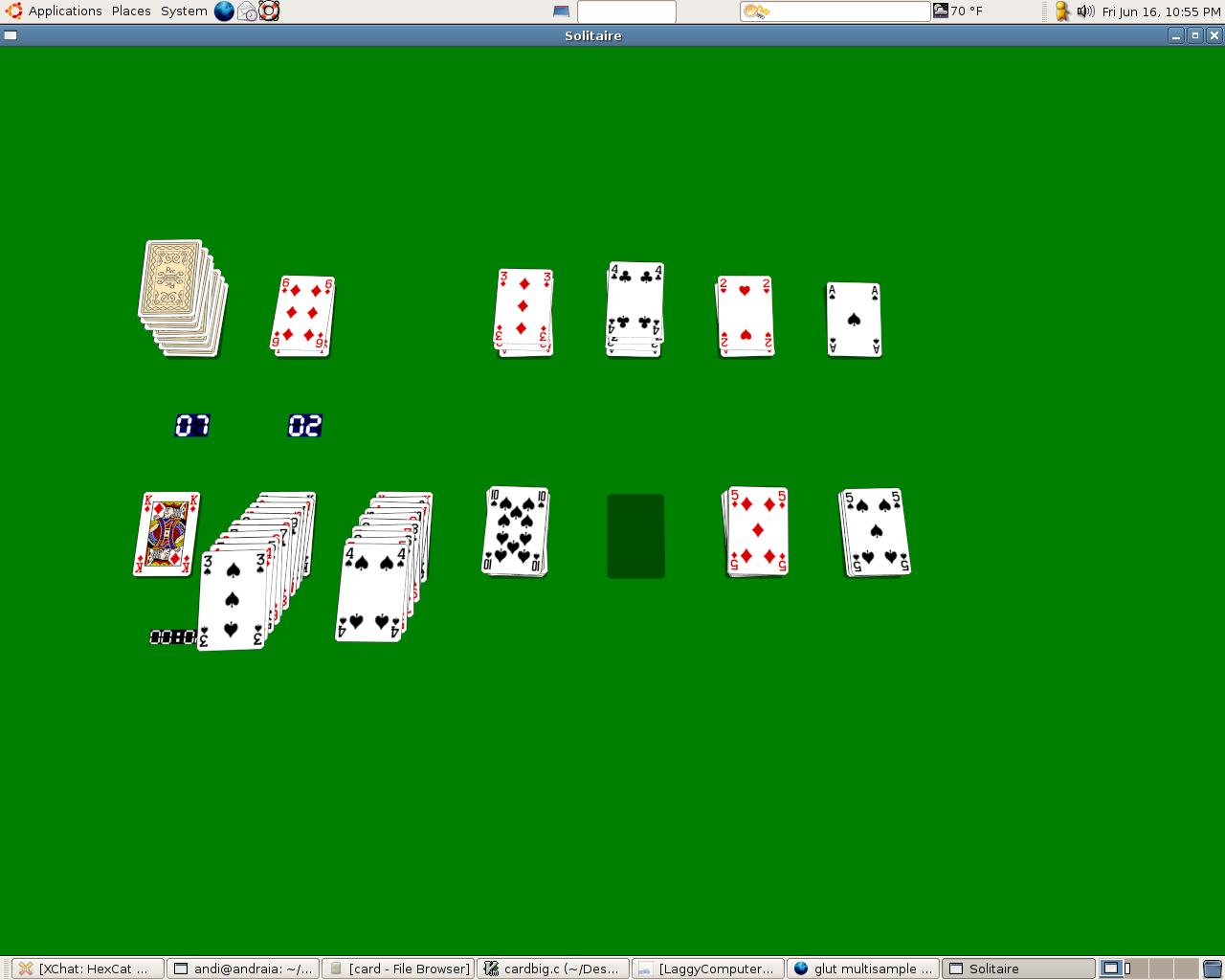 Next, I experimented with bump mapping, lighting and attenuation. 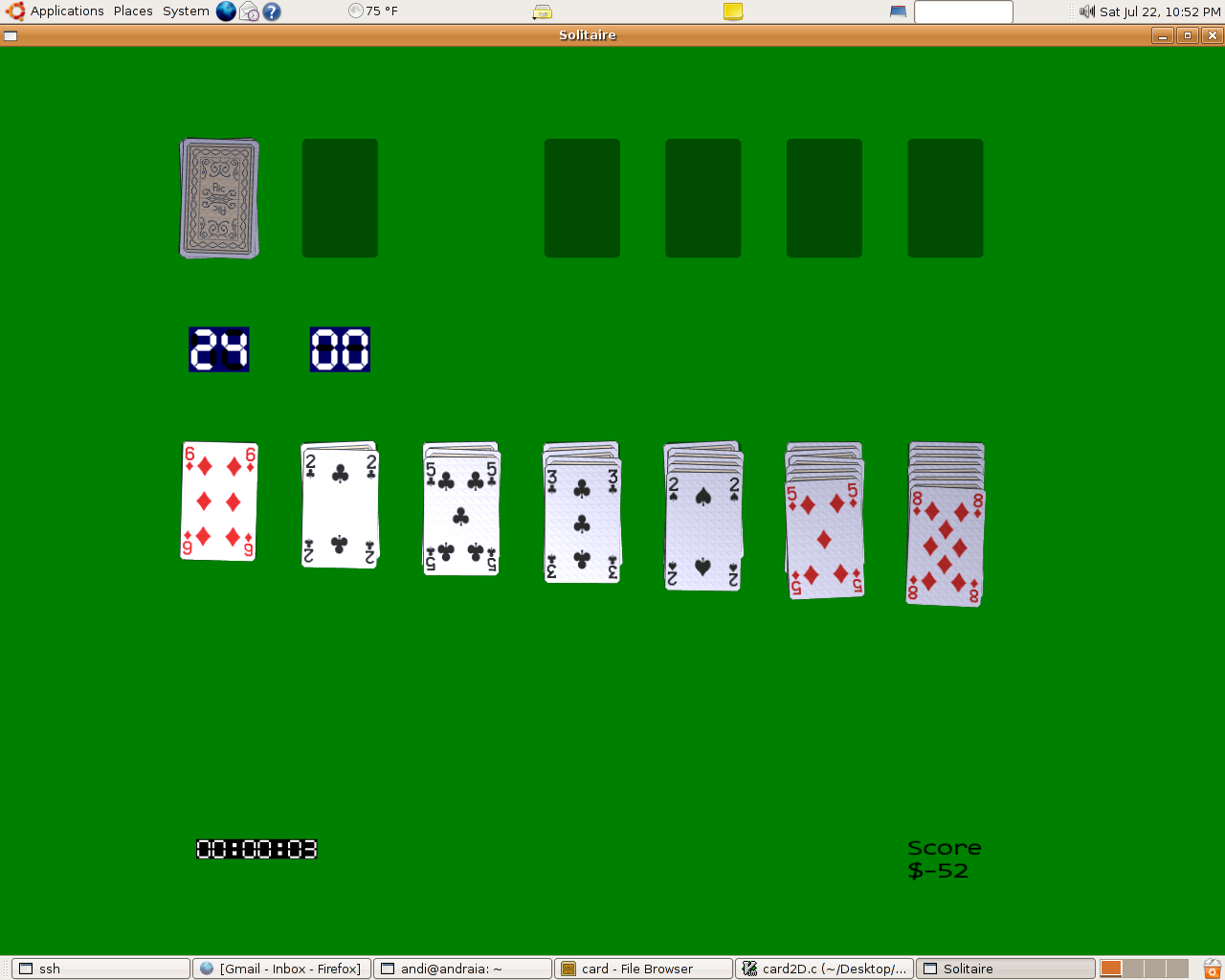 I learned about image-based lighting (IBL) and couldn't resist throwing that in. 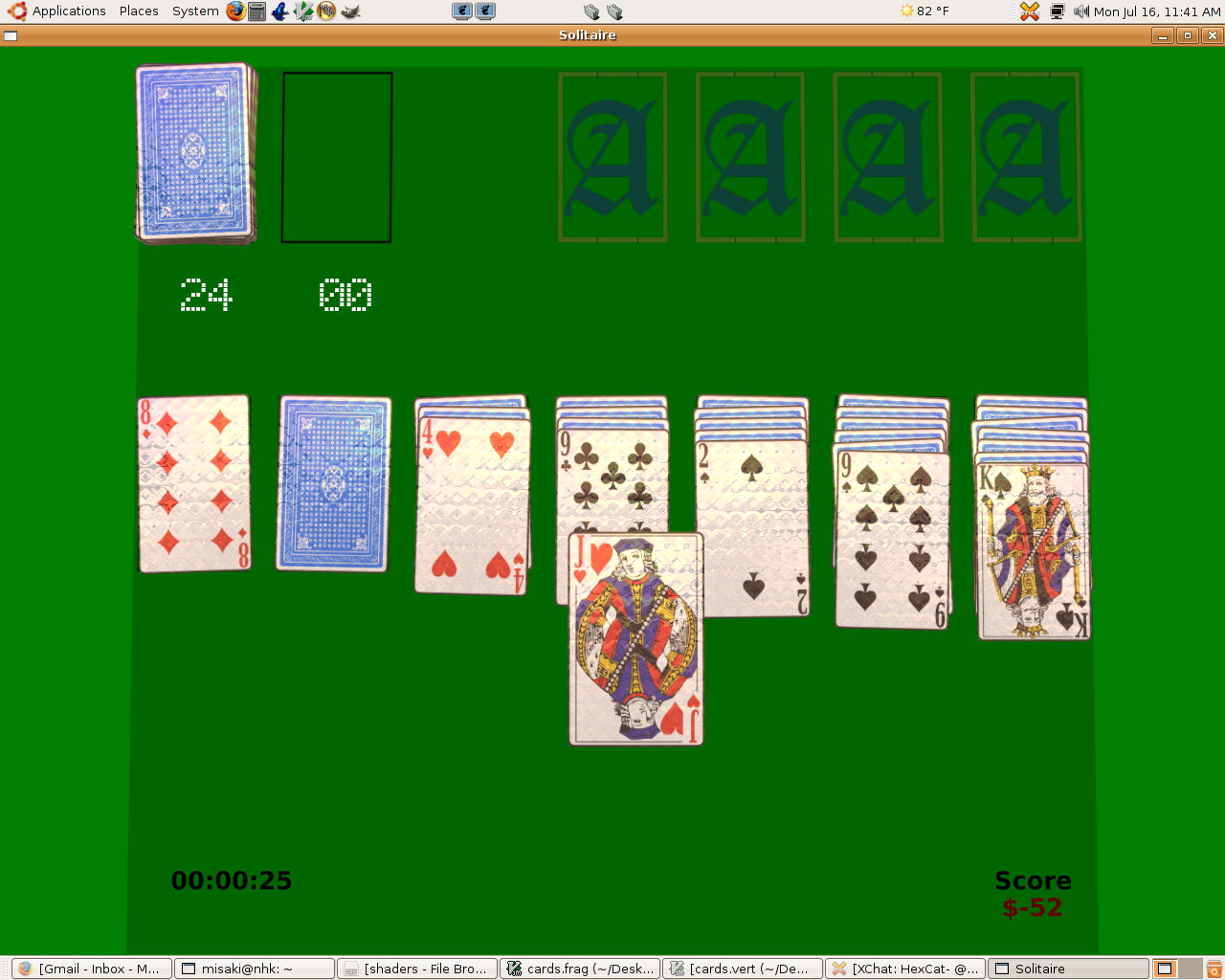 Now it was time to add a bit of polish. I added a background and refined the card borders, lighting and bump mapping. 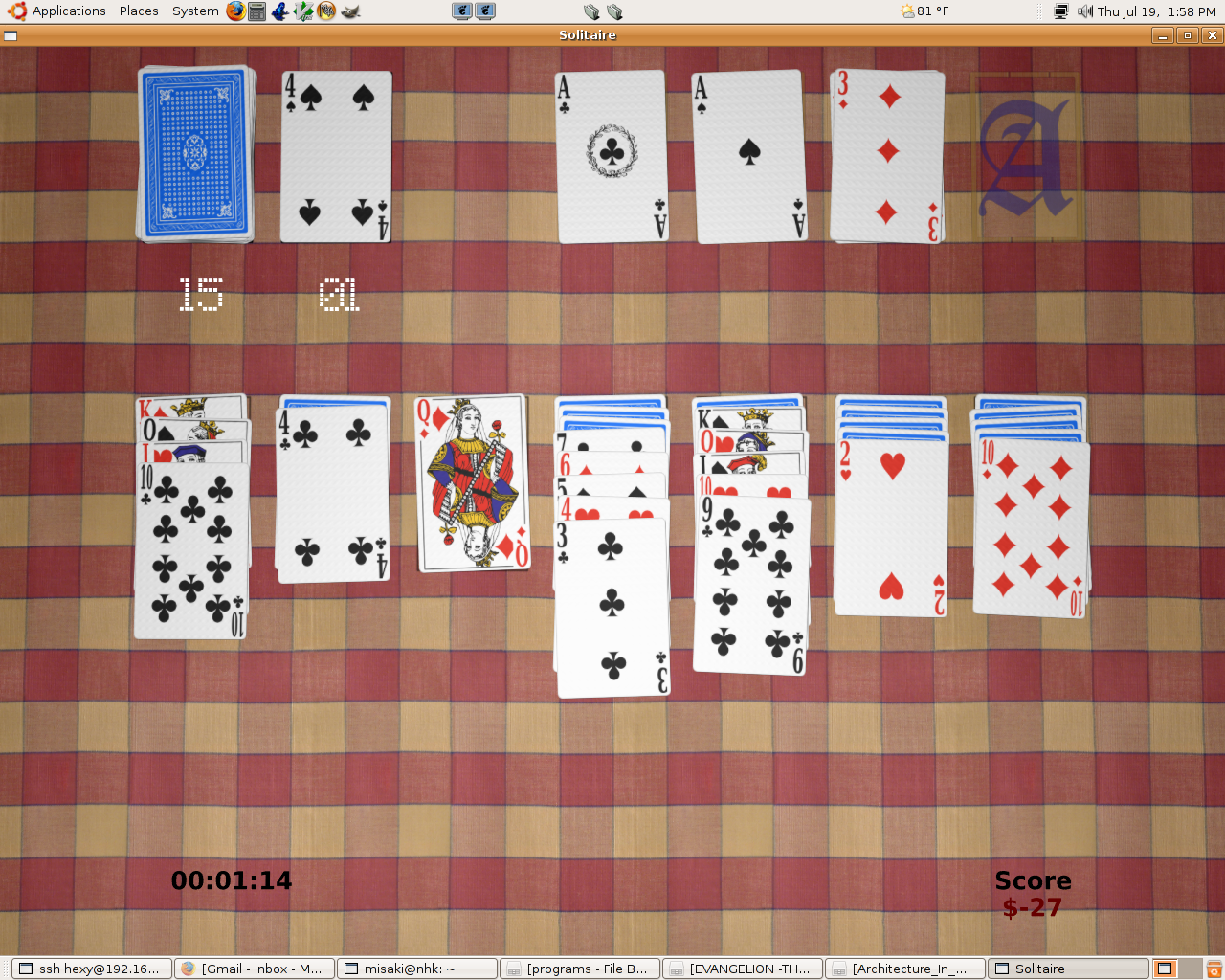 That didn't stop me from experimenting, though. I couldn't resist mixing multiple textures together in the fragment shader to create a "paint-splattered cards" effect. 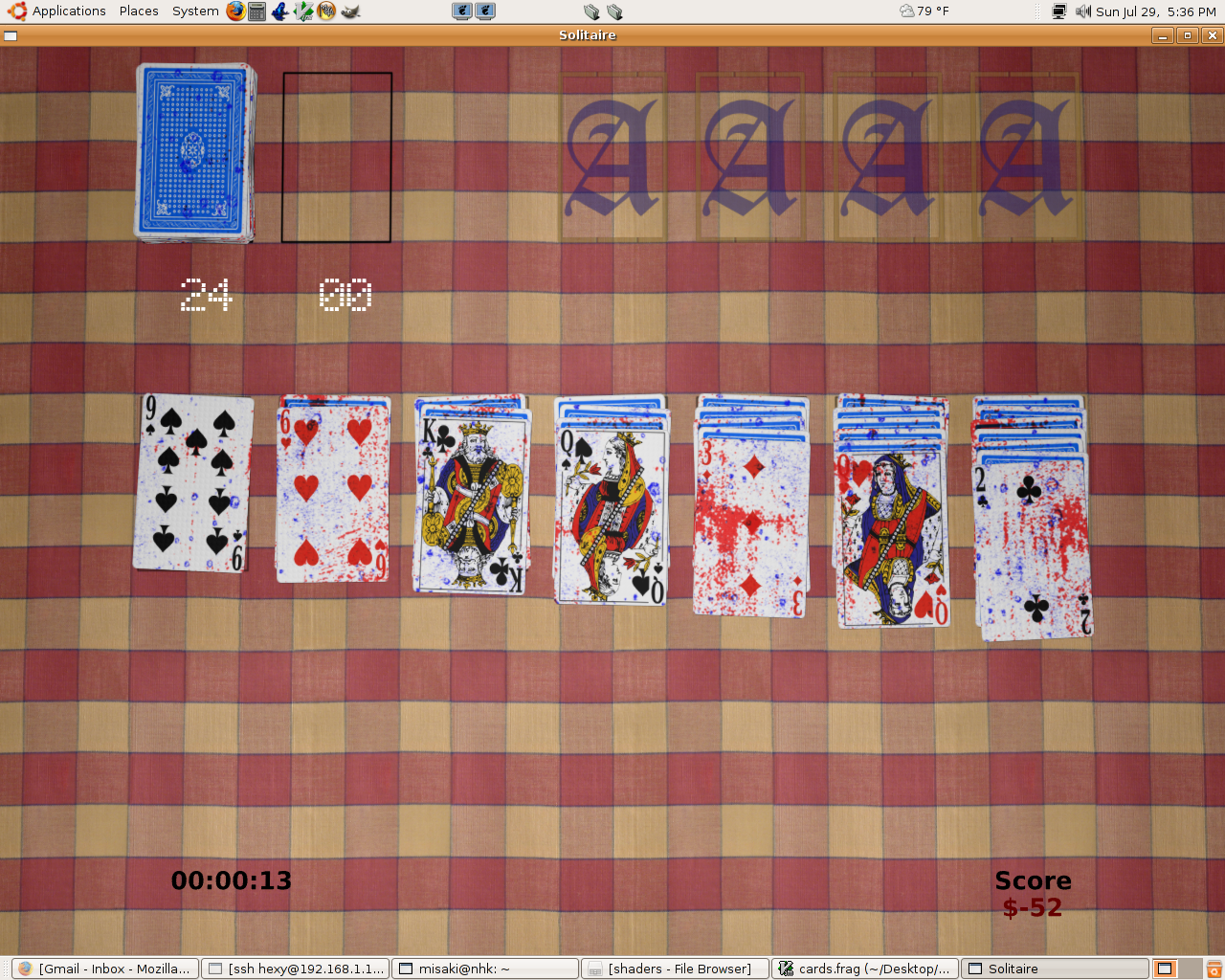 I generalized the code to support other games too, such as escalator. 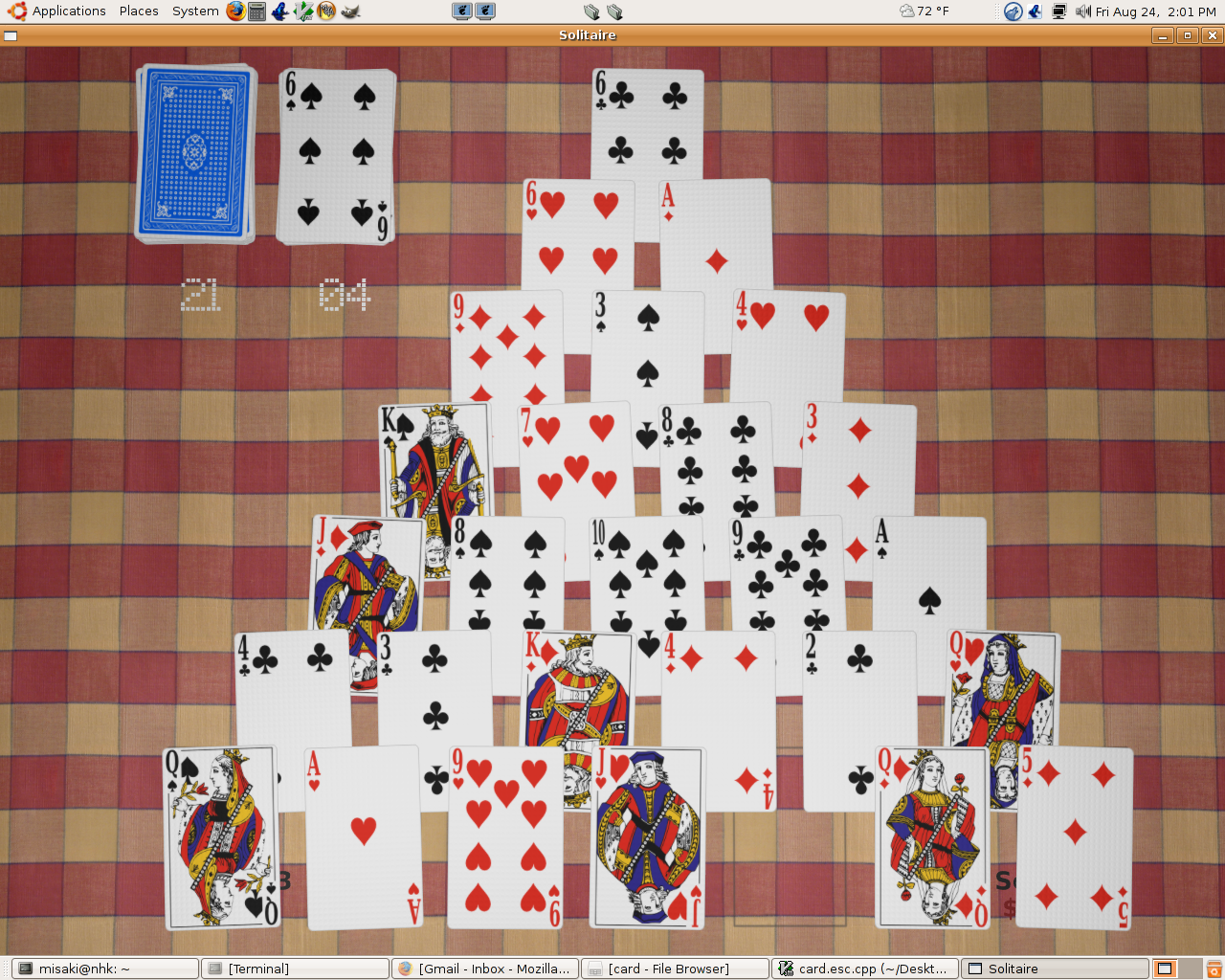 At the idea of a friend, I implemented a real-time sketch effect with Gabor filters in the fragment shader. Around this time, I also ported the game to Direct3D to expand my horizons. 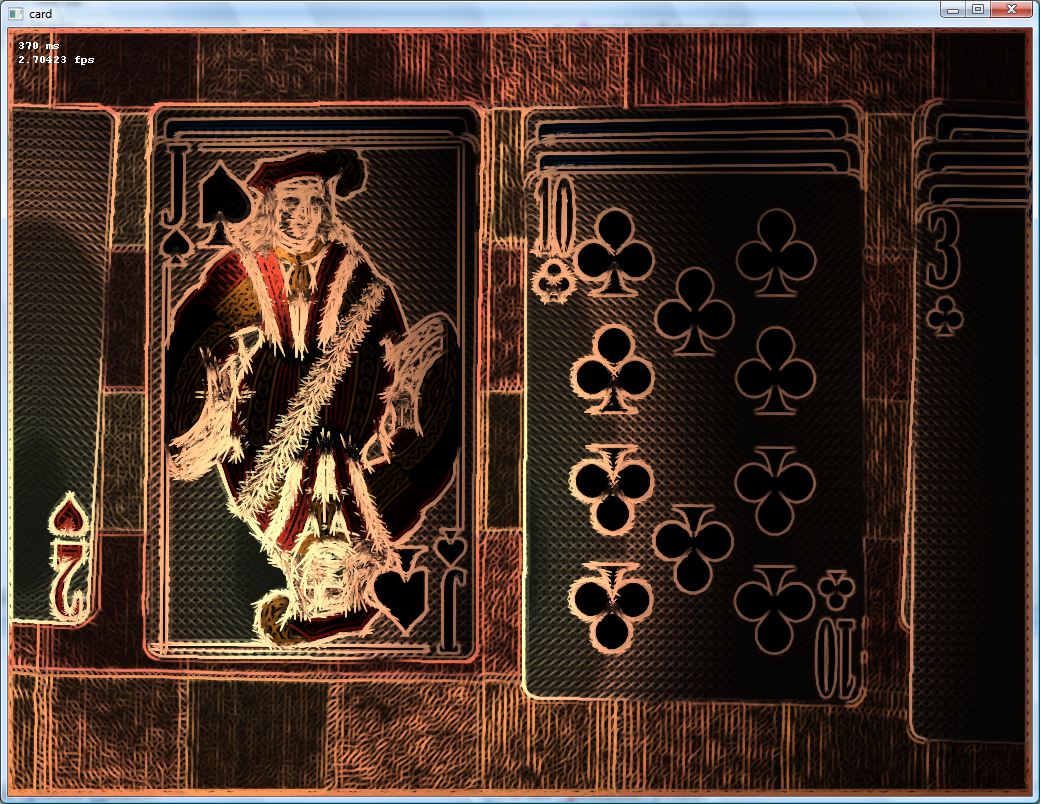 I fine-tuned the card edges and tested the lighting using the 6D mouse. 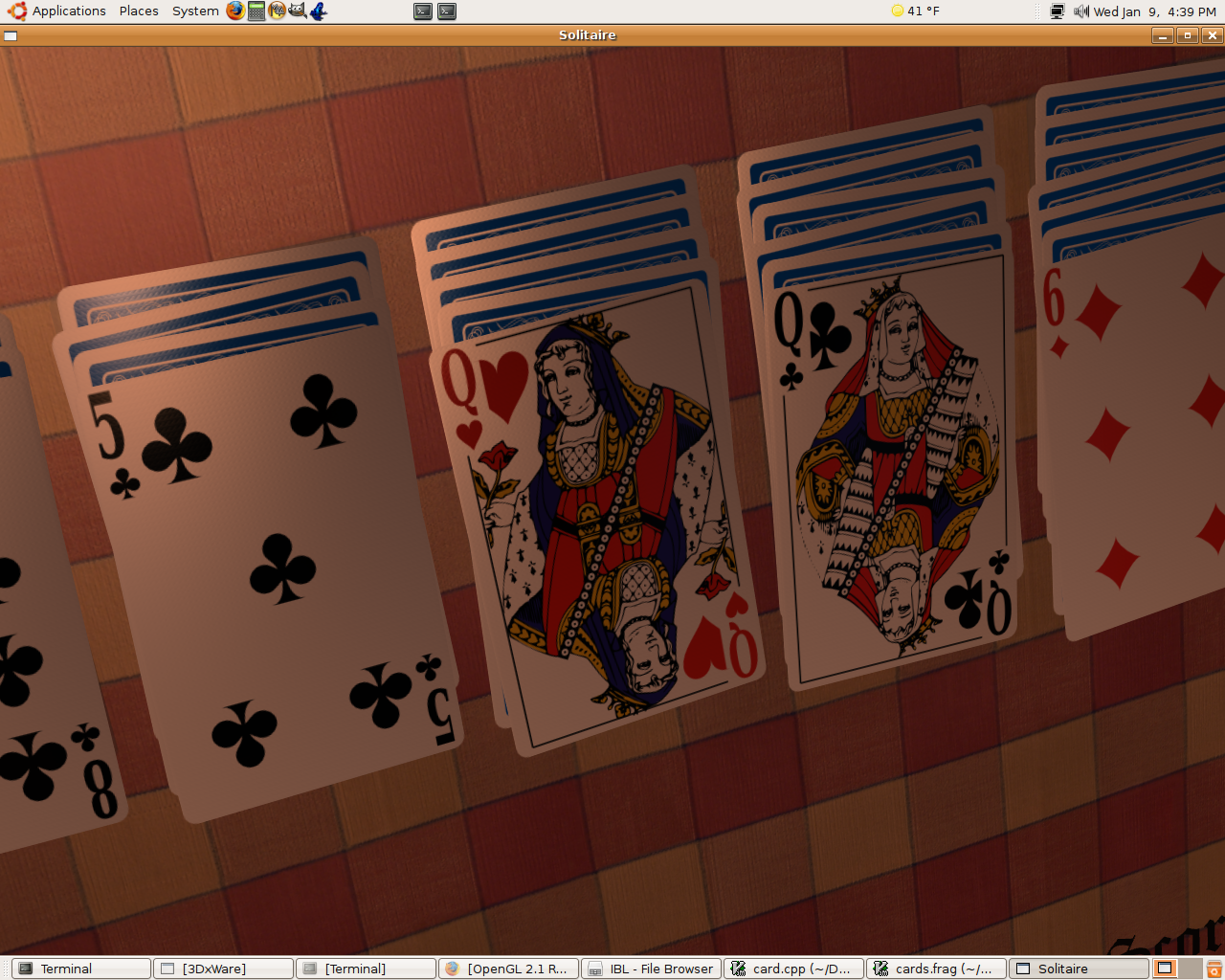 Why not add some dynamic fingerprints for realism? 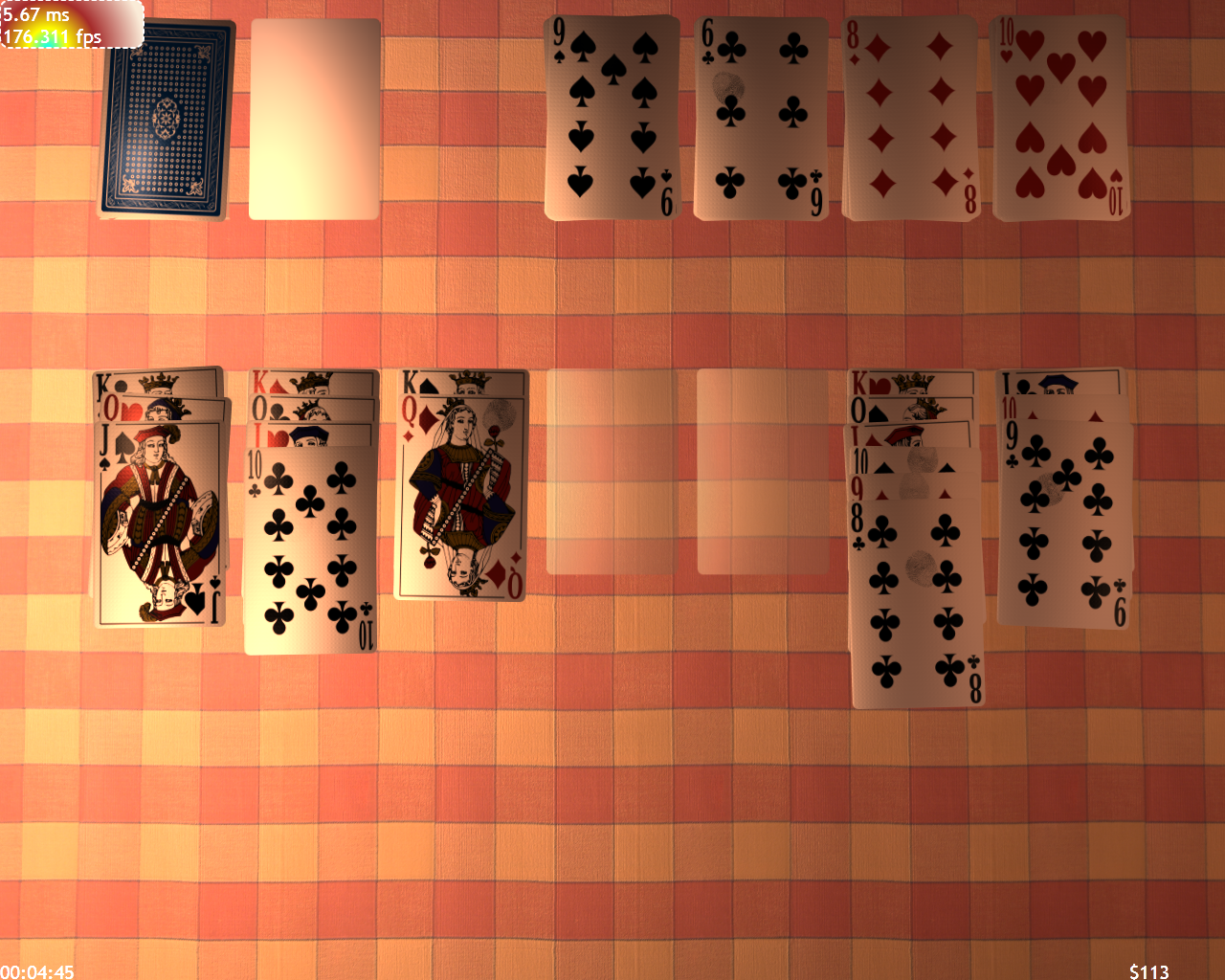 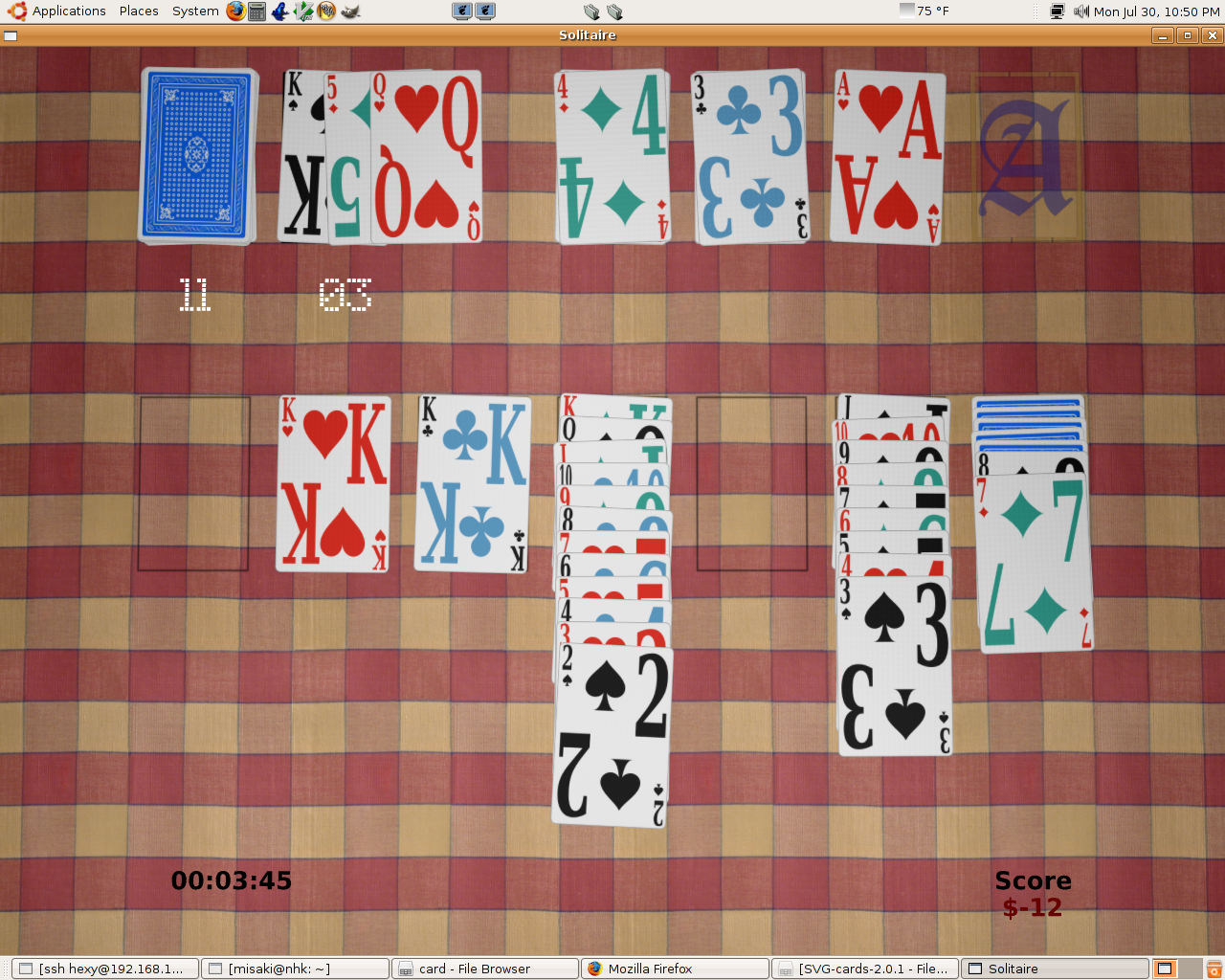 All fun aside, this is what I ended up with. As stated earlier, I used immediate mode when I first started out, but evolved to instanced rendering, texture arrays and buffer objects. 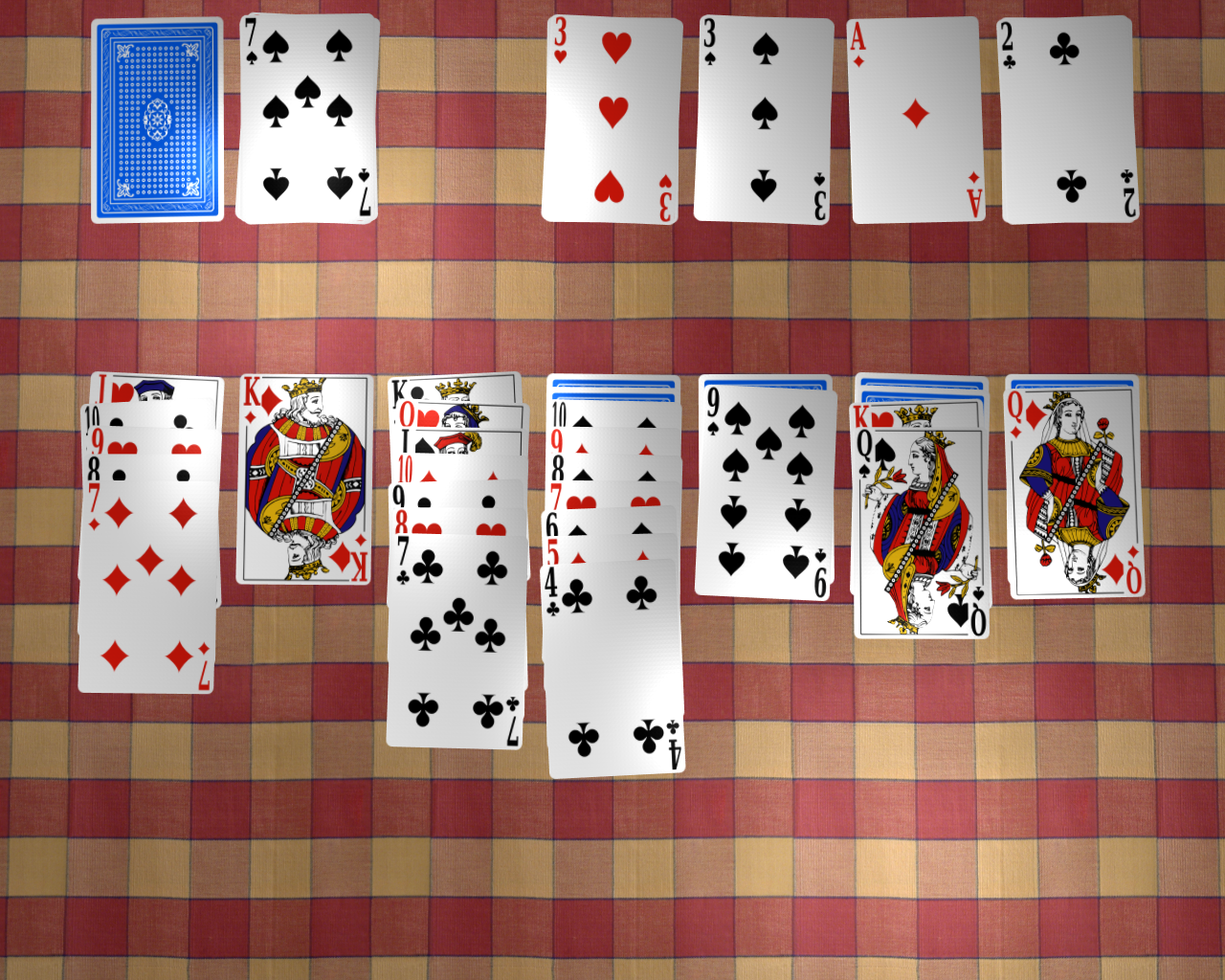 Complete with a win effect: